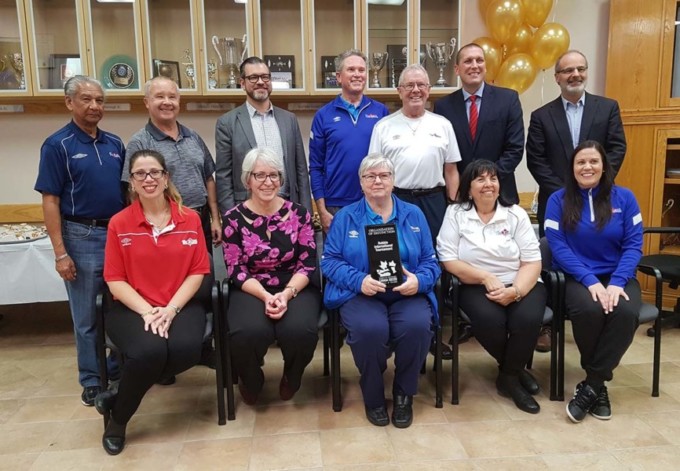 Thank you to all the volunteers who make The Robbie the best tournament to participate in.  The convenors, committee members, match officials who volunteer their time for this special event and it could not be done without them.

Many thanks to Cameron Madeley, Branch Manager, TD Canada Trust, Lawrence Avenue East and McCowan Road for supporting the Robbie. TD support has enabled the Robbie to put together first aid kits for all locations for this weekend’s Robbie International Soccer Tournament. Pictured here is Cameron alongside Alison Pettigrew, Robbie Director. Thank you Cameron and TD. 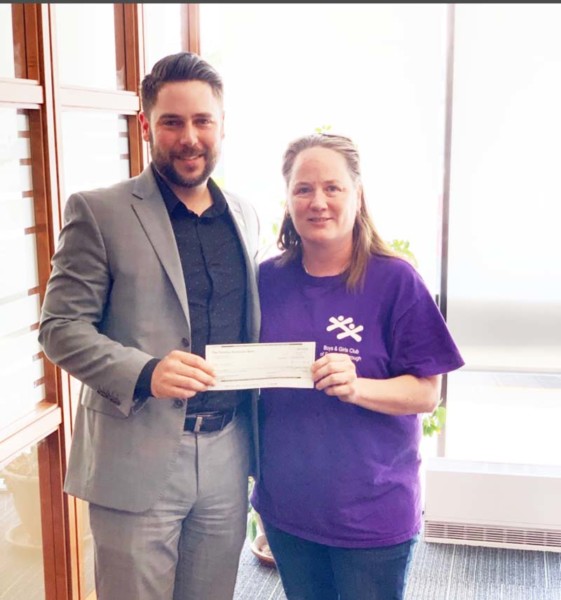 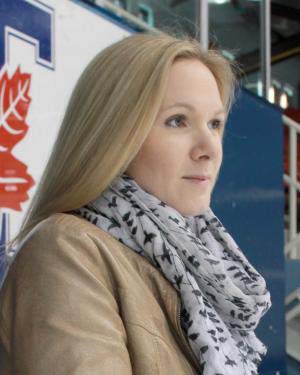 Athletes experience a number of emotions in sport. How athletes control their emotions and how emotions affect their performance is the focus of a University of Toronto research study. During the Robbie International Soccer Tournament June 29 to July 1, a research team will conduct maximum 15 minutes surveys of Robbie athletes after matches. This study is under the direction of Katherine Tamminen, Assistant Professor, Sport and Performance Research Lab in the Faculty of Kinesiology and Physical Education, University of Toronto. Players from the Under 15 to Under 18 divisions will be surveyed. If you are interested in more information about this study email at katherine.tamminen@utoronto.ca.

The Robbie International Soccer Tournament and Festival is nearly here. In anticipation of the event, we’ve created a contest for you and your whole team to meet a national team player at the Allstate Soccer Show! That isn’t it, the secondary prize is a VISA gift card for $100! Don’t miss out, sign up today at http://therobbiemeetapro.com/. Our contest team may be at any Robbie location and you can enter the contest there. 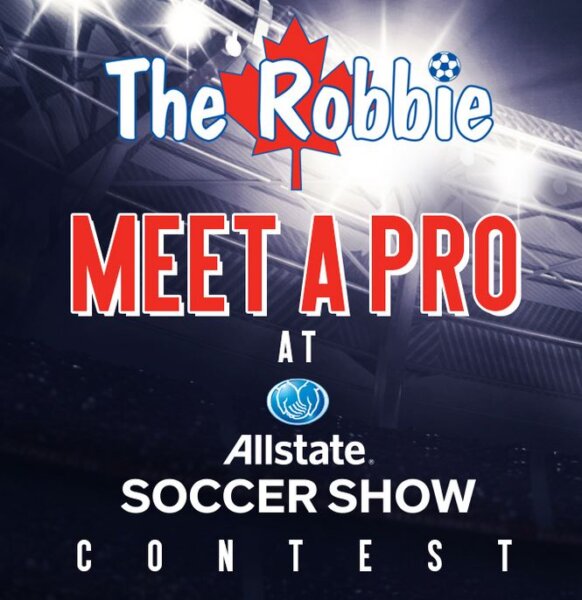 Birchmount Stadium – Home of the Robbie

“Birchmount Stadium – Home of the Robbie”

It’s great to see a piece of Scarborough history resurrected, especially one that has been immortalized in song. One Week by the Barenaked Ladies ends with the line “Birchmount Stadium – Home of the Robbie. The sign was removed and lost during renovations but it has been replaced. See the attached article (courtesy BeachMetro News) about the sign, it’s connection to the Barenaked Ladies and it’s return. Click here for more.

Again this year, Toronto FC is our Festival Presenting Sponsor. TFC will be showcasing their TFC Juniors program through on-field demonstrations at the Wexford//Ashtonbee fields on Saturday June 22 and Sunday June 23 where we will have 11 fields of U8, U9 & U10 boys and girls with up to 88 teams each day. A feature of activity at Wexford/Ashtonbee is our parade of teams, a tradition in which the players and their parents have a great time. We sincerely appreciate the ongoing support of Toronto FC, President Bill Manning and all the staff at TFC.

The Robbie has been donating proceeds to Cystic Fibrosis Canada since 1967 for treatment, research and education. CF leads to the destruction of the lungs and an early death for most people who have it. There is no cure. Once lung function is lost, there is no way to get it back. Three gene-modifying drugs are available – each costing about $250,000 per year in Canada – that are believed to slow down lung damage caused by the disease. Other treatments only ease symptoms. Access to all three medications is severely limited. Read the link here about two young brothers, both living with cystic fibrosis, who could face two very different futures because only one has access to cutting-edge medication.

“Five Feet Apart” is a just released movie about two teens living with cystic fibrosis and their relationship. The Robbie hopes that anyone seeing it will come away with a new or greater understanding of this genetic disease. While the representations in the film about living with CF get some “Hollywood treatment”, we at The Robbie think anything to raise awareness of this fatal disease is beneficial.

The Robbie has been donating proceeds from our annual International Soccer Tournament and Festival to Cystic Fibrosis Canada since 1967, $60,000 last year. Follow this link to find out how you and your team can be part of the effort to raise even more for cystic fibrosis treatment, research and education.

On Pace to Reach Capacity Again in 2019

In each of the last few years all divisions of The Robbie, both Festival (U8-12) and International Tournament (U13-18) have reached capacity and each year we’ve had wait lists in most divisions. Despite a wicked 2019 winter, applications are actually slightly ahead of 2018 when we totalled 450 teams.

The Robbie is the only charity event sanctioned by Ontario Soccer. Festival teams are exempt from travel distance limits, and participation in The Robbie does not count as a memorable event. The Festival is now open also to Under 8 teams. Some districts including Durham, Toronto and Peel Halton allow festival age teams to blackout Robbie weekend, freeing teams from regular schedules, so their teams can participate if they wish in The Robbie.

Year after year about 25% of Tournament teams travel from well beyond the Greater Toronto Area, not just from Ontario but also Quebec and other provinces as well as the U.S.A., Mexico, the Caribbean and Europe.

Since 1967, The Robbie has supported Cystic Fibrosis Canada. Total donations from The Robbie have reached almost $2-million.

The Robbie is organized by volunteers and has been since it began in 1967. This includes our referees who volunteer every year to officiate all of our Festival and Tournament games, in 2018 nearly 700 games in total.

New additions to the Robbie Committee include Alison Pettigrew, a long time field convenor and current General Manager of Clairlea-Westview SC who will be Discipline Chair and coordinate securing of athletic therapists for the tournament and first aid services for the festival.

Also joining the Robbie Committee are Ron Smale, Past President of Ontario Soccer and Louise Garneau-Ross who assisted Ron during his tenure with OS. Both Louise and Ron have been active supporters of The Robbie and they will have responsibility for coordinating the Robbie Festival (U8-U12) on June 22 & 23, 2019.

The Robbie is always interested in adding to our volunteer ranks as we promote the game of soccer and donate proceeds annually to Cystic Fibrosis Canada. For more information please contact Robbie Chair, Mike Ellis mike.ellis@therobbie.ca.